Your browser does not have JavaScript enabled.
Please turn scripting on in your browser settings.
Cold Temperatures Bring Change | Henry's Fork Foundation
Skip to main content

The leaves are already changing as we are only a couple weeks into September. The temperature is dropping and the jackets and coats are coming on. Just earlier this week I was up in Island Park and snowflakes were falling all around. It wasn’t quite cold enough for the snow to stick to the ground but it was still snowing. The cold weather not only brings snow but it also brings ducks. Ducks have lined the waters of the Henry’s Fork up in Island Park and I am more than excited for the duck hunting season that starts on October 1st. The cold temperatures have also made it so that the elk start bugling in the mornings. Fortunately I have had the opportunity to get out and listen to those elk while archery hunting. This last weekend I was within 30 yards of a big six point bull elk. I had an arrow out and ready to go but I couldn’t seal the deal. Although I didn’t come home with an elk, it was sure fun to have such a large, magnificent creature so close to you.

Fencing still manages to take up most of my time here at the Henry’s Fork Foundation. We are still getting several calls per week about cows getting out and into the river in Last Chance up in Island Park. I walked several miles last week either hunting or walking the fence line trying to push the cows back into where they are supposed to be. While walking down the fence I have discovered that there is a small stream of water that flows through the pasture where the cows are at. The discovery of this water has left me puzzled. Why are the cows so persistent in pushing through the fence to get to the river water when they already have their own supply of water? I don’t know why the cattle do this but I do know that it keeps me busy. (Fence line along the Henry’s Fork near Pinehaven)

Creel surveys also have been keeping me busy. I have been down at the old Teton Dam Site lately where I have been waiting for fisherman to come but haven’t had much luck catching the fisherman for a survey. I have had some luck in catching actual fish though! They still seem to be taking the hopper still and I was fortunate enough to catch a fifteen inch cutthroat within the first few casts at the Teton Dam site. He put up a big fight but I eventually won and landed him. The day after this I was reading in the Standard Journal newspaper where it had an article about someone that had heard sounds of distress from the old Teton Dam Site. Apparently someone was yelling “Help! Help!” and Fremont County Search and Rescue couldn’t find anything. This was the exact place where I was just hours before all of this. This canyon has very steep sides to it with cliffs on both sides and I know that I wouldn’t want to fall down one. I encourage everyone to be as safe as possible while fishing or hiking in this area. For the full article visit the URL below. 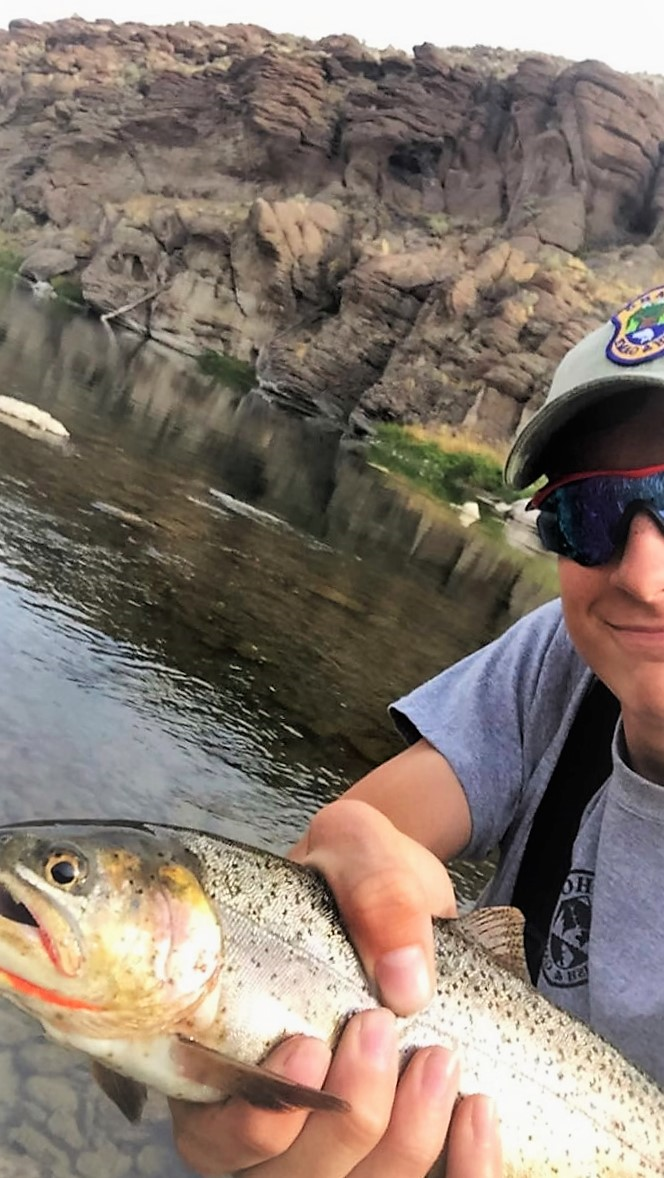 With temperatures dropping it will make my water sample collecting experience a little more interesting. I will no longer be able to wear shorts and sandals to wade out into the water on a hot day to collect the sample. Now it will be cold and I will have to wear waders and a jacket while collecting samples. Just yesterday it was only 43 degrees and my hands were feeling it. I was nervous to hold onto the sample bottle’s small lid because I couldn’t feel my hands and I didn’t want to drop the lid into the fast flowing river below. Luckily this didn’t happen and everything went smoothly and I was very happy to get back into the comforting warmth of our little Toyota.

We have also installed a camera at the Chester Dam fish ladder. We will monitor this camera and count the fish that swim up the ladder within a period of a half an hour. We will also be determining what species the fish are. I am very curious to see the results that we get from the camera. Cleaning the fish ladder has become a little more difficult lately. The colder water temperatures cause the growing macrophyte underneath the water’s surface to die and flow down river to later get caught in the fish ladder. In the future most of this underwater growth will be gone which will make it easier for us to clean the fish ladder.

Cold temperatures are bringing many changes to the area. These changes that I have discussed are some of the many good things that change. Unfortunately the colder weather means it is getting later into the year which means that my internship will soon be complete. This saddens me because I have enjoyed my time here so much. I try not to think about how fast the weeks go by but instead I try to focus on the good work I am doing here and how much fun I have been having. I am only one month away from being done and I know that it will go by super fast because like the saying goes, “time flies when you are having fun” and that is exactly what I am doing is having fun.

I have also enjoyed the great views that are in the area. I have lived here my entire life but I have really come to appreciate the beautiful scenery in the area these past few weeks. 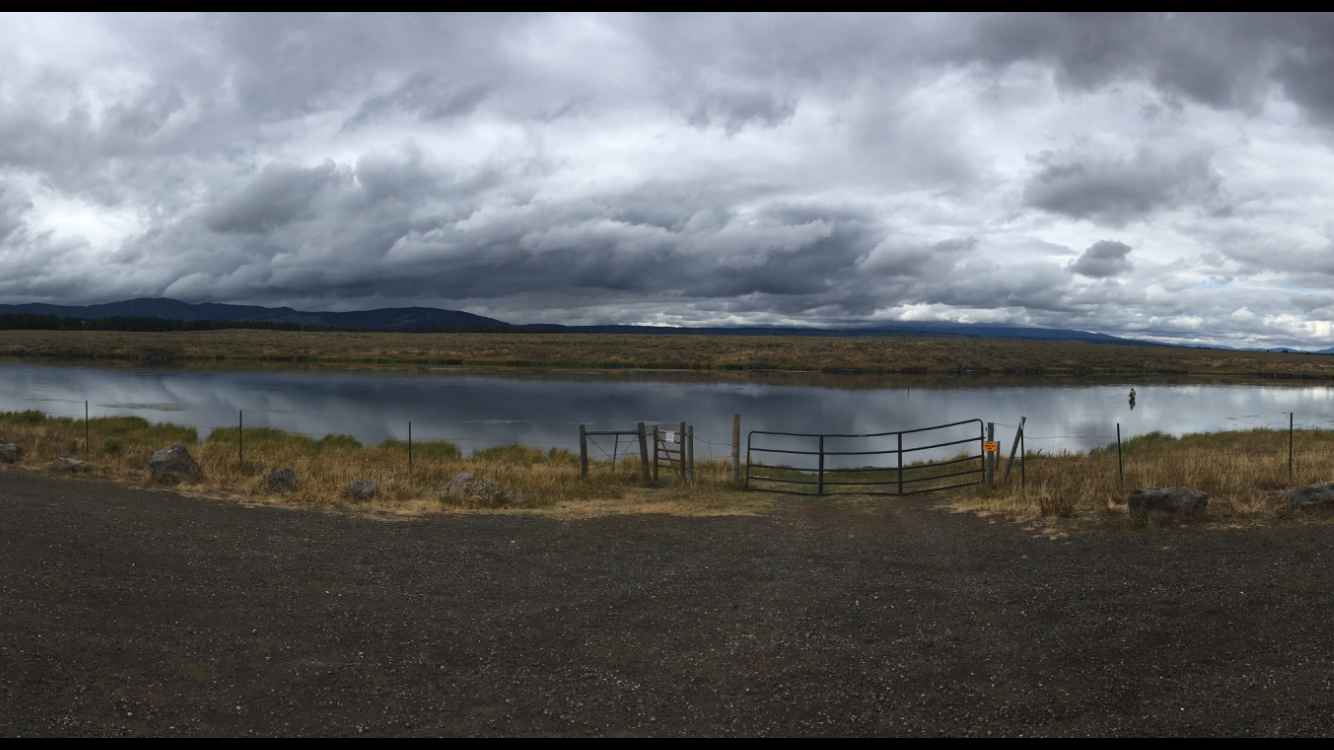 (Fence on the Henry’s Fork near Pinehaven)